We're a small and scrappy digital design studio based in the greater Seattle area. You'll always deal with an owner of the company.

Owner-run means every call and email is answered by us. Superior productivity and quality are maintained by doing all work in-house.

Why we're different - no bull

We cut through the BS. You won’t get jargon and buzz words thrown at you, instead we use easy to understand language to get our point across.

Our full-service solutions require minimum time commitments from you, which makes working with us easier and less stressful.

The truth. We don’t make promises we can’t keep and won’t tell you just anything to make the sale but instead, offer the best solution to your problem.

What do we believe?Hint: it's mostly about helping you 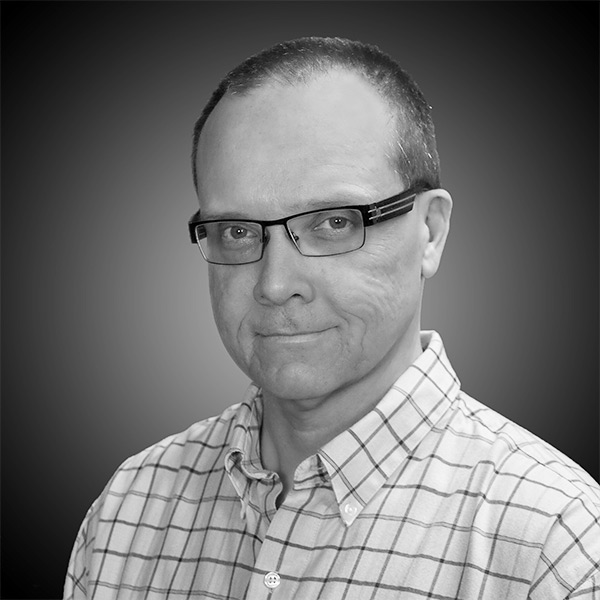 As the head computer geek and digital guru, I spend most of my time chained to my desk. Actually, I'm free to move about, but I prefer to design infographics, build websites and create animated videos.

I won't bore you with a bunch of technical industry jargon because that's not why you're here. I will just say that I eat, sleep and breathe code, design and motion graphics. I'd be honored to create something amazing for you that will help your business grow. 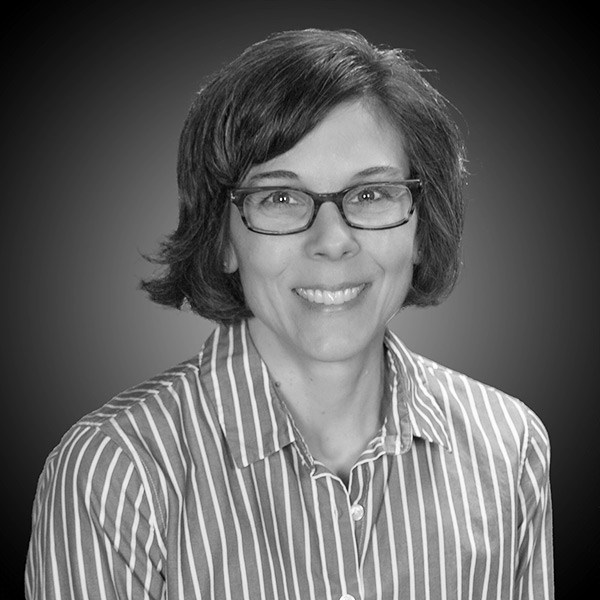 I'm the one who always answers the phone so I'll listen closely to what you have to say and probably ask quite a few questions.  In this way, I can figure out how Sleepy Dog can best solve your problem.

I'll make sure the lines of communication are open, and all the balls are rolling in the right direction to complete your project on time.  I want you to achieve your business goals as we are only as successful as our clients. 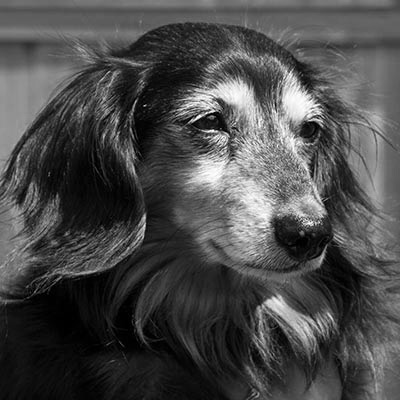 Don't tell mom and dad I said this, but I really do most of the work around here. I just let them pretend they're in charge. I'm constantly emitting creative vibes to aid in the design process. I also run the day to day business operations. It's exhausting. Here's my partial resume. 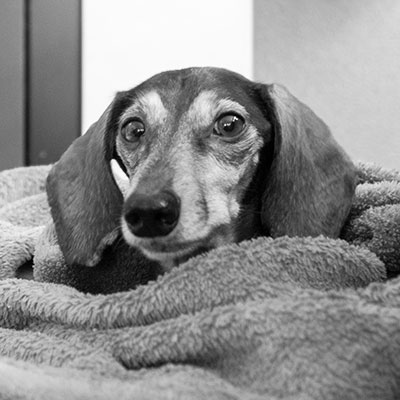 I may be the newest member of the team, but my easy-going personality has already made me a client favorite. My calm demeanor and quick thinking enable me to close even the most difficult of deals after which, I enjoy a well-deserved nap to recharge my battery.

What's with the name?The company is named after Charlie

As you can probably guess — we're crazy about dachshunds around here. The company name was inspired by our first dachshund, Charlie. Here he is in all his napping glory, falling out of his little bed while he slept.

After tearing the stuffing out of some toys and chewing some bully sticks, he would often take naps in unusual positions. We called him a sleepy dog and when the business was formed in 2007, we named it after him. 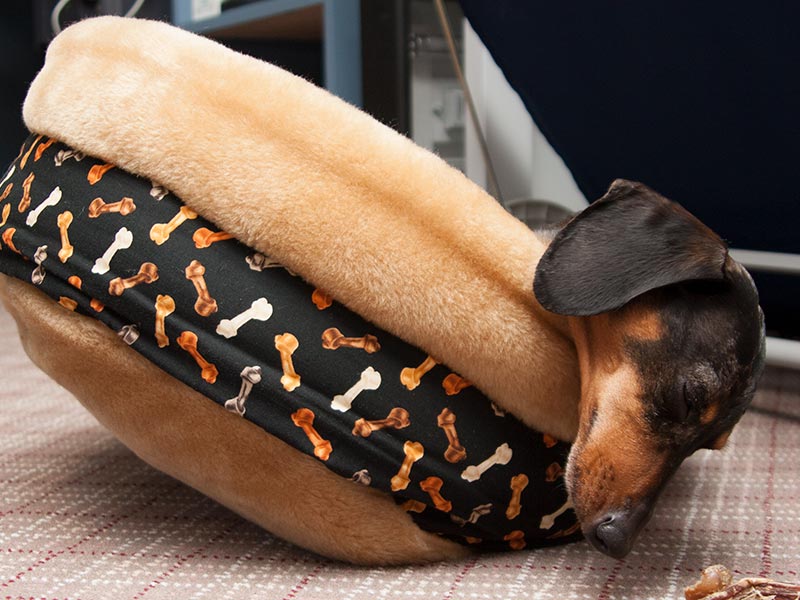 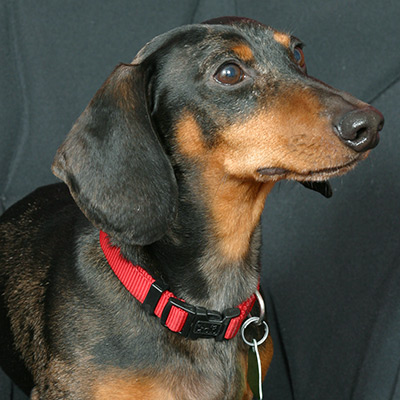 We lost the company's beloved founder and namesake in 2008. He was a faithful, fun-loving muse for the company and he is missed every single day. Our four legged companions are in and out of our lives too quickly. 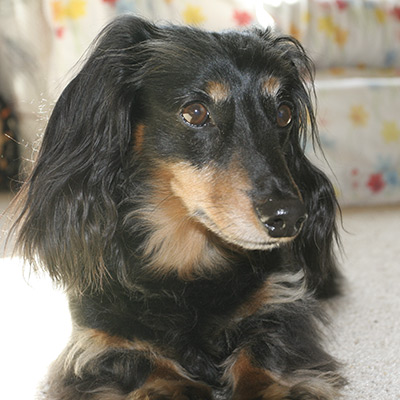 If there is such a thing as a dog muse, that was Slinky. He always seemed to know what you were saying and when he was around, the creativity seemed to flow quickly. 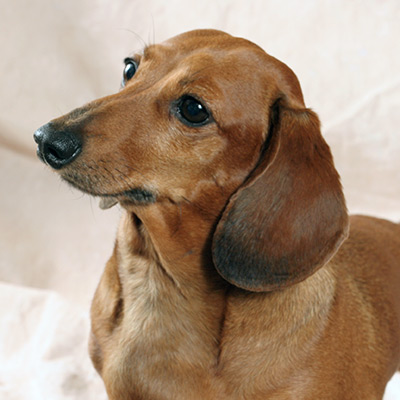 He was known around here as The Wagman because of his never ending tail-wagging and puppy kisses. He was the friendliest guy you could ever meet and made everyone smile. 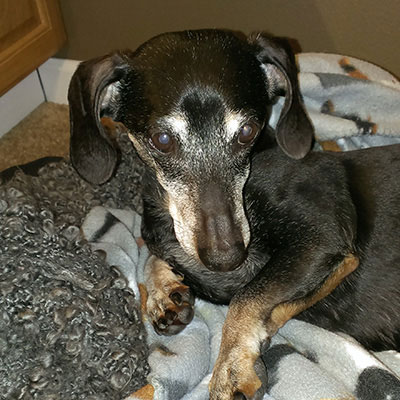 While he was perfectly content to snooze all day, he was quick to come running for treats. He loved a good ear scratch and, in exchange, would reward you with snuggles and kisses.

A word about senior dogs

After the unexpected loss of our first dog Charlie, we started searching for a brother for Slinky. We quickly realized a young dog was too energetic for him (and us) and chose Ollie, an older dog who fit our low-key household. We've been hooked on senior dogs ever since.

Senior dogs still have plenty of energy for daily walks but are always ready to take a nap. You never have to worry about them chewing on your shoes and most are housebroken (and if you've ever trained a puppy, then you know what a bonus that is!) They are laid back, eager to please and usually settle into your routine without too much of a fuss.

Please consider adopting a senior dog because every dog deserves a loving home.